So much, so much.

I confess, I am a little overwhelmed by things these days.  The new job is similar enough that the differences are frustrating and confusing.  On the plus side, when I am feeling underwater I can walk out to the balcony and listen to the actual water of the shipping channel that’s only a dock-length away from my new building. AWP is coming into town, and I haven’t even thought about the readings and panels I want to go to. So much.

So of course now is the time I choose to start a new project.  I’ve been playing with the idea of self portraiture for a while now, but I haven’t actually done anything about it. Something about the intimacy of portraits seemed important to me, and with my temporary roommate again in Hawaii I found myself alone in my place, rattling around a space suddenly too large, craving contact.  A good session at the climbing gym helped, but I still came home wanting exposure.  I still haven’t gotten around to putting artwork up in my room and while cleaning I found the tripod my roommate left behind.  White wall, tripod, camera. Go.

While I am comfortable in my own body, I am incredibly uncomfortable in front of a camera. I put on music, grabbed the nearest thing to my bed (an old train lantern I bought to replace the one I remembered from childhood), set up the camera and jumped on my bed to get the white wall behind me. I wasn’t intending to strip layers, but the jeans were too bulky in the first test shot and I looked bundled and hidden.  This project is about exposure and intimacy. Off came the pants, using skin to contrast the black sweater I had on and to match the white wall and bright point of light. I haven’t done anything with photography in a long time so there are a few misfires with focal ranges that are way too small and shutter speeds that blurred things just poorly enough to look out of focus but not intentionally so.  The camera display is much brighter than the resulting images, and I have to re-learn how to adjust f-stops and shutter speeds while testing it on the blank nothing my body will fill in the space between a shutter and the 10 second shutter delay.

I’m including a few of the original shots here, unedited, and some of the final edits.  I’ve been published the better results on Instagram, and you can find that whole stream with the hashtag #lanternseries or #lampseries.

These were taken across two nights, and I realized that as much as I like the idea of self portraits, I might need an assistant.  At first I tried to balance the lantern on my feet– crashing disaster, and I’m lucky I didn’t scorch myself with hot wax or catch anything on fire.  I switched to a camp lantern after that and while the luminosity is better, I don’t know if I’m happy with the aesthetic.  One costume change into a black lace dress that I have (everyone has a black lace dress, right?). I’m only just beginning this series, and I’m excited to see where it goes, though I don’t really have an outlet in mind.  It’s nice to be pouring into art again, in between climbing, skiing, a new job, remembering to cook dinner…. And it’s giving me something to do in the hours between darkness and sleep that feels intimate and exposing. I suspect as I get more comfortable I’ll strip these images down more, and then I really don’t know where they’ll be able to end up.  I’m sort of ok if it isn’t anywhere– it’s the process that’s interesting me right now. 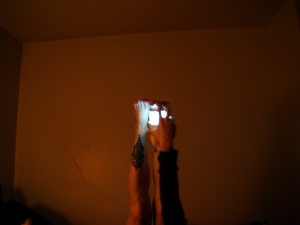 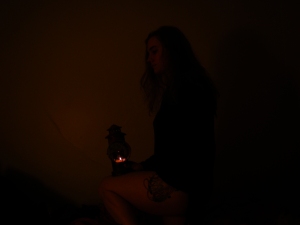 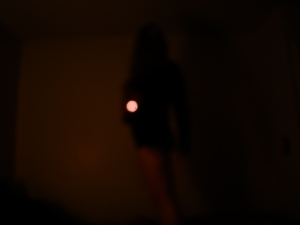 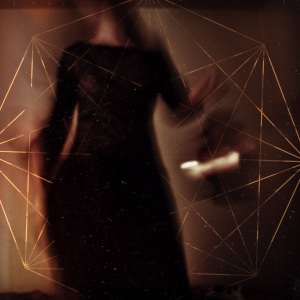 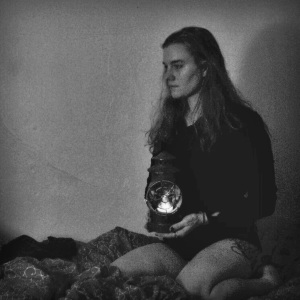 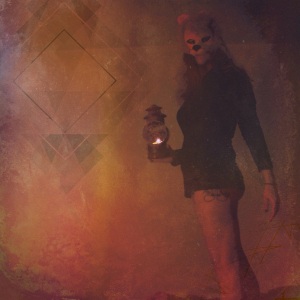 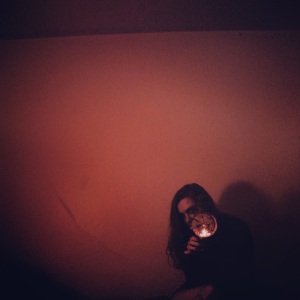 1 thought on “A Lantern To Guide You”