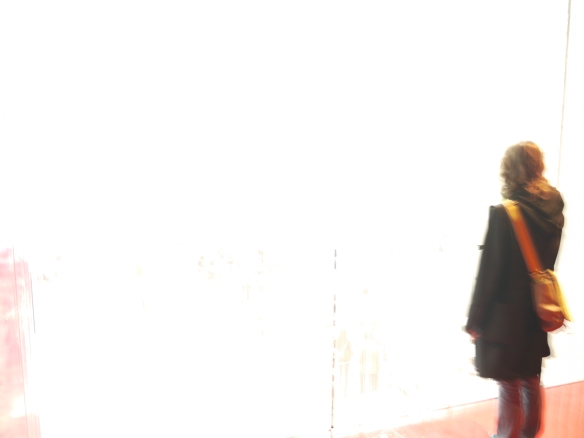 Pardon the long gap between posts.  It’s been hectic here and as the weather warms I feel much more inclined to be out in it and not sitting behind a computer. But an update is long overdue.  So here’s a non-scholarly, event-filled update. 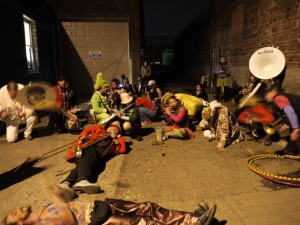 This past weekend was many things.  It was HonkFest West, it was the XX, it was Tim Shannon, it was sunny and glorious and it was pell mell sightseeing with a bit of work fit in there.  I have to say I haven’t been hitting the books as diligently as I’d like to be.  Cutting an hour off of my commute is wonderful, but it was nice reading time.

It’s hard to know where to begin.  HonkFest dominated the weekend.  Two of the guys in Minor Mishap (from Austin! made the front page of the Sunday entertainment section in the Seattle Times!) stayed at our house and I did my best to play tour guide and hostess.  I made strong coffee and pointed to bus stops and was hopefully more helpful than overbearing.

Tim came into town Friday, and I don’t know that we ever figured out exactly how long it’d been, but it was sort of strange to be waiting at the airport for someone I haven’t seen in years.  Waiting always makes me nervous–I’m afraid I won’t recognize the person, or that they won’t recognize me.  Travelers came in waves up the escalators; half looking exhausted, half looking exhilarated.  Of course I was looking the wrong direction when he finally showed up.  And of course I recognized him.  Foolish to think otherwise.

After dropping his stuff off and grabbing food we headed right for HonkFest and didn’t slow down the rest of the trip.  Danced it up in Fremont, both in the streets and in Brouwers.  Back to the Meridian House for yet more dancing, yet more horns, percussion, accordions… Nothing like having HonkFest move into the living room.

Saturday was the Seattle Center, the sculpture garden, Pike Market, the library, Seattle Art Museum, Cal Anderson Park, Volunteer Park (bike race, greenhouse, Asian Art Museum, Watertower).  Back to HonkFest, in Georgetown this time, to a party with a flaming tether ball, more dancing and closing out with a bottle of wine and exhaustion.

Sunday slowed down with a late breakfast and traipsing about Ballard.  Honk Fest continued but we bowed out.  Ended the night at the Sea Monster where Tim made new friends and gained a new understanding for many of the stories I tell him.

Monday I headed into the office and met up with the boys afterwards. Black cod, scallops over arugula and asparagus for dinner.

And then, the impetus for the whole visit: the xx.  Sound in the Showbox SoDo isn’t anything to write home about, but we danced around regardless.  If there’s music on, it’s hard to keep myself from moving.  Thanks to Tim, there’s almost always music on for me.

There were more adventures, there are more stories, but I don’t want to give it all away.  Suffice to say the visit wasn’t long enough and there are more things to be done.

It’s funny how time both passes and doesn’t.  Here are two things that made my world that much smaller this weekend.  While dancing around on Friday night I felt someone tap my shoulder.  It was a friend, also from college, and I turned to point to Tim.  The two spent the next ten minutes catching up, all three of us miles and miles away from the 12000 person college we once called a home of sorts.  The second thing happened after Jason from Minor Mishap headed home.  While becoming Facebook Friends (that application that seems intent on shrinking everyone’s world) I saw a face I hadn’t thought about in years.  A chance-met man through friends of friends, we had a brief friendship and some roof-jumping right before graduation, and he was, smiling and in the same graduate department as my new friend Jason.  Go Austin, now I know two of your residents- perhaps that’s my next travel destination. Texas seems to be accumulating people who know me.

(Photos courtesy of Tim, except the last one of the xx, courtesy of my confusing new phone)

1 thought on “Each Day the World Shrinks”